AARHUS, Denmark – In this newsletter Bike Europe features two more examples of what is becoming a main trend; the production relocation of e-bikes as well as parts to Europe. The company Viridus has started the production of e-bike Lithium-Ion batteries at its modern Aarhus facility. Scroll further down for Scottish Intra Drive Ltd that developed a mid-drive unit that features integrated electronic (wireless) 8-speed shifting. 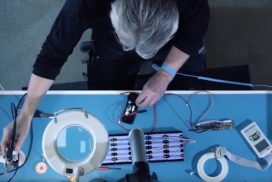 Viridus expects to be producing 50,000 green batteries for electric bicycles annually by the end of 2019. – Photo Viridus

Viridus aims for close to market production to counterbalance the supply of black batteries from China, which are transported several thousand kilometers to reach e-bike makers manufacturers.

JOINT VENTURE OF PROMOVEC AND GREENWAY

Viridus has been established as a joint venture between Promovec in Denmark and Greenway in China. The company was founded in 2018, but green battery production only got underway this month, August 2019. Viridus expects to be producing 50,000 green batteries for electric bicycles annually by the end of 2019 in its cutting-edge assembly hall, which is packed with state-of-the-art production equipment. By the end of the year, Viridus expects to have around 12-15 employees.

“In many ways, it’s paradoxical that electric bicycles, which in themselves are an environmentally friendly mode of transport, still use black batteries that are transported right across the globe to reach the European bicycle manufacturers. We need to change this in order to take better care of the world. The consumers have also become more aware of their climate footprint, and bicycle manufacturers are starting to notice this,” says Jesper Lundqvist, Viridus MD who is also leading Promovec.

Next to the sustainability and environmental benefits of Viridus’ close to market production, the company also aims for offering e-bike makers greater flexibility and faster deliveries. “Importing subcomponents from Asia, means ordering six months in advance. This makes life difficult for e-bike manufacturers, who often require more flexibility in their production. We believe that through European production of green batteries we can create precisely this greater flexibility, thanks amongst other things to the much shorter distances involved,” says Jesper Lundqvist. The Viridus MD claims that several Danish bicycle brands have already bought into the concept, and from now on will use only green batteries. 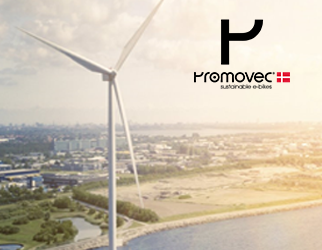 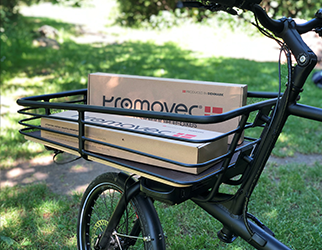 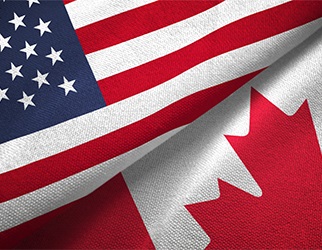